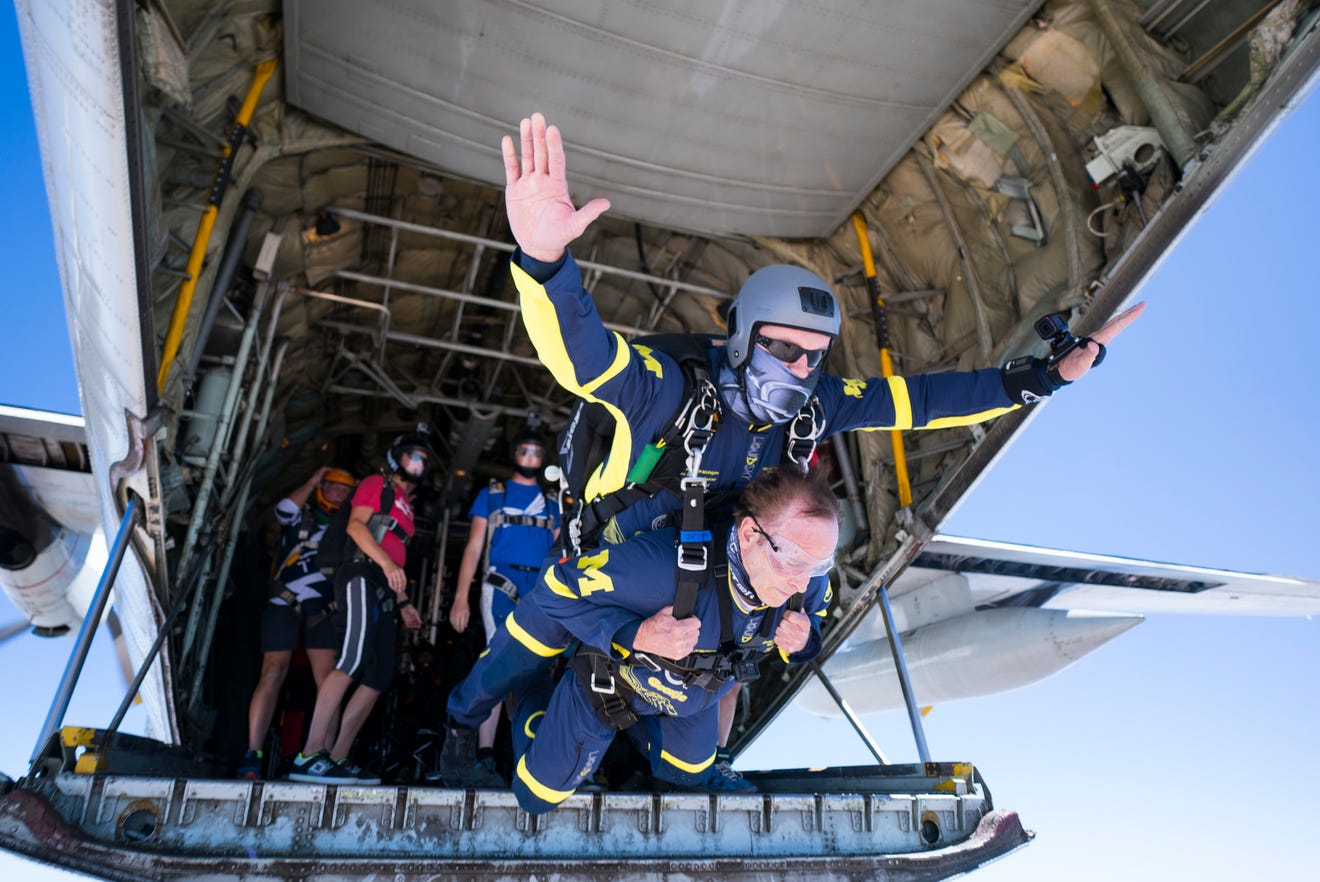 [Detroit, July 21 2020] Jim Wigginton, 71, has been adventurous since he was young, and his passion grew as an adult. He started skydiving in the 1990s, and his wife Nancy Wigginton would watch him from below.

Now, Jim is breaking multiple world records by climbing the highest mountains, leaping out of airplanes and diving to the lowest part of the ocean in an effort to raise awareness of thyroid cancer, which took his wife from him almost seven years ago.

Jim decided that he would begin raising awareness for thyroid cancer in his own unique way. He has now achieved six world records and several awards for competitions that he has participated in. And they’re not just average competitions — Jim is skydiving, climbing a million stairs and diving underwater to the lowest point of Earth in a submarine.

“It’s not about me,” Jim said. “It’s not about really the records. They have to be big things to be able to get the attention that allows me to help the university raise the money for her cancer foundation and help people — people I’ll never meet.”

So, Jim kept achieving big things. He got the nickname ‘Seven-Mile Man’ after reaching two records. In October 2019, he received a Guinness World Records certificate for the highest tandem parachute jump at 37,417 feet alongside of Arkadiusz Majewski in Poland. He also achieved the Challenger Deep dive, which is a 12-hour trip to the deepest part of the ocean in the Mariana Trench.

Jim also holds the fastest tandem skydive jumps in all seven continents, after his seventh attempt. He is in the middle of two projects as well — climbing the 53 highest peaks in Colorado and climbing the highest buildings in every state.

“This is hard work,” Jim said. “It’s not good for you to do 12,000 stairs every day. But comparatively, that’s the easy part. The hard part is taking that thing that you do and then somehow converting that to getting help for cancer.”

Read the full article in the The Detroit Free Press of July 21st, 2020